We live in a fast paced society, where it seems like there are never enough hours in the day to balance the work/life responsibilities. We are constantly under stress from environmental factors around us, and it can take a toll on our health and well-being as everything else takes priority. At Thrive Remedies we have figured out a way to combat everyday stressors without adding extra time to your daily routine. It’s as simple as having a cup of tea! Thrive Remedies are a line of organic adaptogenic wellness teas, an innovative and functional twist on iced tea. They are made with carefully selected organic teas and adaptogens for the highest quality and flavour. Adaptogens are plants or herbs that have the ability to help the body “adapt” to everyday stressors, whether physical or mental. Each infusion has been crafted with this in mind, made with specific adaptogens to help aid in your health and wellbeing. 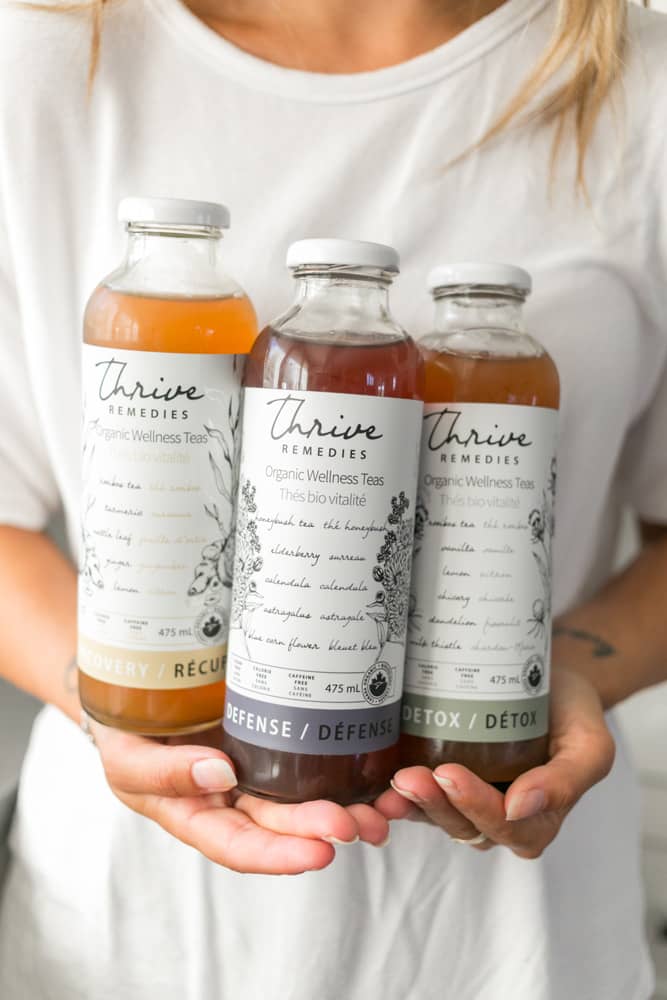 Functional, adjective, of having a special activity, purpose, task; relating to the way in which something works or operates. 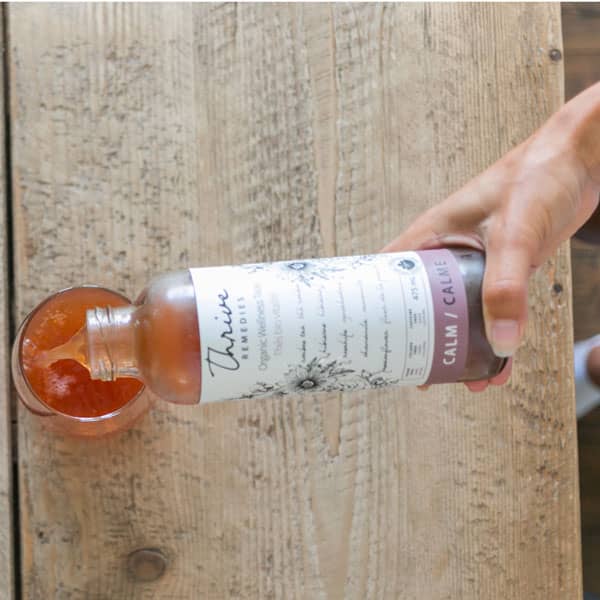 Our mission is to create functional beverages that not only taste great but aid in health and wellbeing. We value our community and believe in producing ethical and transparent products. Thrive Remedies are manufactured in small batches in the Fraser Valley, BC, Canada. They are made with locally sourced organic ingredients and packaged in glass recyclable bottles. 1% of our yearly sales are calculated each year and donated to a local charity close to our hearts.

Will and Shoshauna have been running Healthy Hooch Kombucha the sister company to Thrive Remedies for just over 3 years. As former professional athletes and now organic beverage producers, they believe in creating healthy products that have a purpose.

Will grew up a mountain kid in Whistler, and Shoshauna grew up on acreage in the Fraser Valley. Over their 15 years together, they always shared a love for sports, the outdoors and food. They were lucky enough to train and race all over the world for more than 10 years together, spending a lot of time in grocery stores, cooking healthy meals, and looking for healthy alternatives on the road. They spent years researching health products from across the world, unknowingly adding to a much needed future knowledge base.

Six years ago, they decided it was finally time to put down some roots, so they bought and renovated an 80-year-old farmhouse in Abbotsford. Over the next 3 years, they continued to race professionally, but when they were home, they dabbled in farming, grew a plethora of fruits and vegetables, distributed berries, and raised pigs, chickens, and cows. They naturally found themselves thinking like entrepreneurs, and starting a business was the next step. So they took the plunge and began Healthy Hooch Kombucha. Healthy Hooch Kombucha has been running for almost 3 years now, and like sport, there have been relentless hurdles and learning curves, but perseverance is something that they have in spades. It has only benefited them as business owners. They have always had a passion for health and nutritious foods, and have found a way to share that passion with you.

“Thank you! I went to farm boy today and bought 20! I’m obsessed!! Thank you for making these.”

“Just wanted to say how much I love your drinks! Calm and stress are my to go to when at work from home. Keeps me grounded and couldn’t be more grateful ♥️“

“Just discovered your teas at Farm Boy- amazing. So so good!!”

- Thrive Customer
Leave Us a Review

Show Us How You Thrive